Lisa Ann Pinkerton on the Bigger Than Us Podcast

From the newsroom to the boardroom, Lisa Ann has used her keen analytical skills to share technology stories with the world for over a decade. She is Founder and CEO of the award-winning Technica Communications, Founder and Chairwoman of the non-profit Women In Cleantech & Sustainability, an international speaker and moderator and documentary filmmaker. She was named a PR Executive of the Year by the American Business Awards (2020), Female Entrepreneur of the Year for Advertising and Marketing by the Women in Business and the Professions World Awards (2020), and a Woman of Influence by the Silicon Valley Business Journal (2017).

Before founding Technica Communications, Lisa Ann was a Senior Account Executive and managed new business operations for the San Francisco PR firm Antenna Group.  She got her start as a broadcast journalist covering environmental science in 2001. She was awarded the Best Environmental Journalism award by the Society of Professional Journalists in 2005. Her work has been broadcast on National Public Radio, PBS Television, WPXI-NBC, American Public Media, The Environment Report, Great Lakes Radio Consortium, Free Speech TV, WYEP 91.3FM-Pittsburgh, WRCT 88.3FM-Pittsburgh, and WCPN/WVIZ PBS ideastream in Cleveland.

Click here to listen to Episode #146 with Lisa Ann Pinkerton 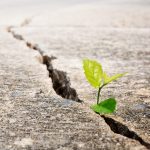 The Death of Greentech Media Editorial Coverage is a Failure of the Cleantech CommunityCleantech, Renewables and EVs, Technica News 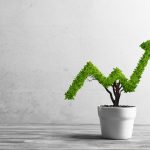