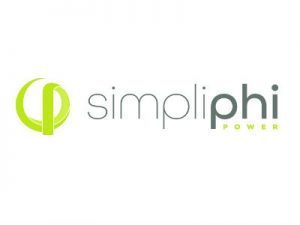 Garnered 9% of the media Share of Voice within first year

After rebranding, SimpliPhi Power faced the task of establishing itself in a  highly competitive market. Technica recommended and implemented  strategies that leveraged SimpliPhi’s years of in-the-field deployments,  partnerships and technology validation to raise the startup’s credibility  and spotlight its advancements beyond competitors.

While other energy storage companies promoted small pilots and testing,  Technica worked with SimpliPhi to develop case studies, new product  announcements and thought leadership campaigns that established it as a  trusted technology provider with reliable and robust technology.  Additionally, Technica leveraged SimpliPhi’s technology validation to  educate the industry on the toxicity of cobalt in lithium-ion batteries, and  emphasis the longer-term benefits and lower costs of an LFP technology.  The firm highlighted SimpliPhi’s technical superiority and product  differentiation through a steady stream of media exposure, including  earned earned editorial coverage in Tier 1 and industry publications,  press announcements, awards, speaking opportunities and thought  leadership articles.

After two and a half years of working with SimpliPhi Power, the company tripled its revenue and more than doubled its total deployed capacity  from 9 MW to 21 MW. The firm expanded into new industry verticals  such as light commercial and new markets such as the United Kingdom,  New Zealand, and Chile.

The company won several awards including the prestigious Edison award, American Business Award and an invitation to attend the Unreasonable Accelerator.