GE Acquisition From a Year of Brand Building

Within a eleven months of Technica’s PR exposure, Albeo was acquired by GE Lighting.  As Albeo’s reputation and influence grew, GE’s Lighting division could not ignore the producer of the revolutionary H-Series.  Albeo CEO Jeff Bisberg attributes 50% of the success of this acquisition to Technica’s work in building exposure for the brand.  Overall, Technica’s work gained over 50 original articles for Albeo, resulting in over 72,000 site visits.  The company won six business and industry awards, and secured high profile speaking engagements, such as one with TEDx Mile High.

Acquisition by GE after 11 months of PR Support 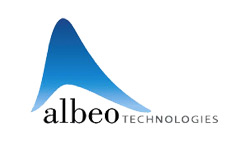 Before 2012, Albeo had attempted to generate company buzz on its own by applying for awards and posting small press releases.  However, their reputation remained relatively limited.  Moreover, their new H-Series product generated a substantial industrial market for Albeo that the company wanted to capitalize on before competitors ventured in with a similar product.  Albeo saw an opportunity to leverage the strategic expertise and deep media relationships held by Technica Communications to build their brand, drive more sales, and provide a return for their investors.

With limited market exposure of the H-Series, Technica’s strategy aimed to differentiate all Albeo LED products from the competition and launch the company into the mainstream media.  Technica started by recognizing the media potential of Albeo’s impressive 2011 revenue numbers to highlight the company’s growing market traction.  Technica used its strong media influence to develop a wide range of coverage for Albeo within the first month of it contract.  Then used its newsroom expertise to maintain the spotlight on Albeo.

Throughout 2012, Technica regularly developed creative angles for Albeo to gain new media interest.  It transformed company operations and the Albeo vision into attractive media stories, compelling press releases and informative case studies.  Technica consciously looked for media assets that would appeal to a variety of industry markets, from facility management and retail, to data centers, nuclear power and energy efficiency to increase Albeo’s brand exposure.  In addition, Technica researched and submitted Albeo for a range of awards and speaking engagements to further build the company’s credibility.  This monthly media blitz strategy drove customer traffic to the Albeo website and garnered sales from large enterprise customers.